Create an Account - Increase your productivity, customize your experience, and engage in information you care about.

Trading Post
In 1809, three French explorers built a log structure on the west bank of an Indian trading post. The post was one of the earliest structures in the vast, sparsely populated Michigan territory whose citizens, including forts, numbered just 4,762.

First Settlement
Gabriel Godfrey, proprietor of the trading post, was followed in 1823 by Benjamin Woodruff. Woodruff and several companions established a small settlement on the river a mile south of the post and named it Woodruff's Grove. It was the first settlement in Washtenaw County. 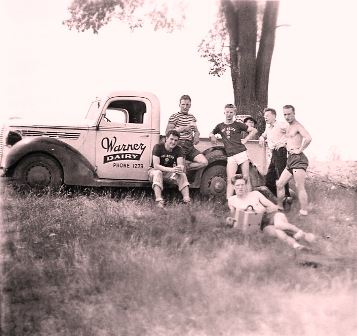 Chicago Road
In 1824, Father Gabriel Richard, Representative in Congress for the Michigan Territory, urged the building of a federal highway from Detroit to Chicago, to be known as the Chicago Road. The surveying crew, following the Sauk Indian Trail, put the crossing of the Huron River nearly a mile north of Woodruff's Grove.

The Name Ypsilanti
In 1825, three prominent settlers named Judge Augustus Woodward, John Stewart, and William Harwood combined portions of their own land to form the original plat for a new settlement at the crossing. They named it for the Greek patriot General Demetrius Ypsilanti, a heroic figure in the battle that the Greeks were fighting against Turkish tyranny - a struggle for freedom that many Americans likened to our own. With three hundred men, Ypsilanti held the Citadel of Argos for three days against an army of thirty thousand; after his provisions were exhausted, he and his entire command made a daring escape behind enemy lines without losing a single man. When a fire destroyed the school at Woodruff's Grove, that small settlement was abandoned in favor of Ypsilanti.
Stage Lines
Travel from Detroit by stagecoach became possible in 1830, and three stage lines served Ypsilanti within the next two years.  In 1835, the military road to Chicago was officially opened, with new towns springing up along its length.

Railroad
Three years later the railroad from Detroit reached Ypsilanti.  The first wood frame depot was built in 1838, and a large brick masonry station was constructed two decades later. Adjacent to the depot, a small commercial district arose east of the river known (then and now) as Depot Town.  Most of the structures still standing in Depot Town today were built within three decades during the late 19th century. 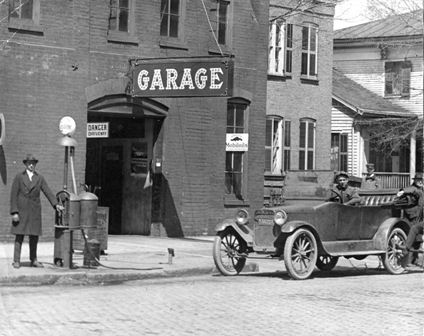 2nd Business District
A second business district developed shortly after Depot Town on the west side of the river. It ran along the Chicago Road, later called Congress Street and now known as Michigan Avenue.
Educational Institutions
Early on, the community gained recognition for its educational institutions. The Ypsilanti Seminary was established in 1845, and a teacher training school known as the Michigan Normal School - now Eastern Michigan University - was established in 1849. Cleary College was founded in 1883.

River & Water Power
Over the years, Ypsilanti grew and flourished. The early development of the community was influenced and enhanced by the presence of the river and its abundant water power. The river industries of the mid to late 19th century yielded over the years to manufacturing, and the mills gave way to the auto related commerce that would become a major economic force in the community. 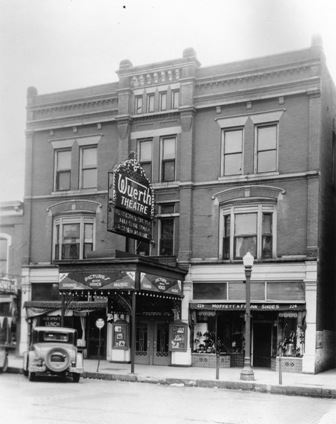 Ford Motor Company Plant
In 1941, Ford Motor Company built a plant in Willow Run. It was quickly converted to wartime production when the U.S. entered World War II, and one of the famous B-24 bombers rolled off the Willow Run Assembly line every 55 minutes.