Create an Account - Increase your productivity, customize your experience, and engage in information you care about.

For questions regarding the coordination of these projects, please contact Bonnie Wessler at 734-483-1421 or wesslerb@cityofypsilanti.com.

Big changes are coming to downtown!

Beginning in 2022 and through 2023, the Ypsilanti Community Utilities Authority (YCUA), the Michigan Department of Transportation (MDOT), and the City will be working together to improve the safety of our drinking water and our transportation system. This project will aﬀect traﬃc on Huron from I-94 to Cross; Hamilton from I-94 to Washtenaw; Washtenaw from W. Cross to Hamilton; and Michigan from Ballard to the Huron River.

YCUA will be replacing and upgrading many of the underground water mains, including some of Ypsilanti’s oldest, most fragile pipes; they will also be replacing some water service leads and taking this opportunity to replace some sanitary sewer as well. This is being done both to remove older pipe materials in both systems and to improve the reliability of service.  A public presentation was held by YCUA regarding this project on Wednesday, February 23rd. A video of the presentation that was made at this session is available online here.

MDOT will be simultaneously constructing a pedestrian pathway over I-94 by converting the westernmost southbound lane of Huron to a shared-use path; and also following YCUA’s work with a pavement maintenance and road diet project. In areas paved with asphalt the existing asphalt will be milled oﬀ and replaced; in areas paved with concrete damaged areas will be removed and re-poured. MDOT will also be adding and updating many pedestrian crosswalk ramps, including on Michigan Avenue downtown. Once the pavement work is complete, the roadways will be restriped with bike lanes, improved crosswalks, improved bus stop markings, and additional on-street parking. For more information about the road diet project, please visit here. The pavement project will improve and extend the life of the roadways; the road diet project will improve the safety of the roads for all users. 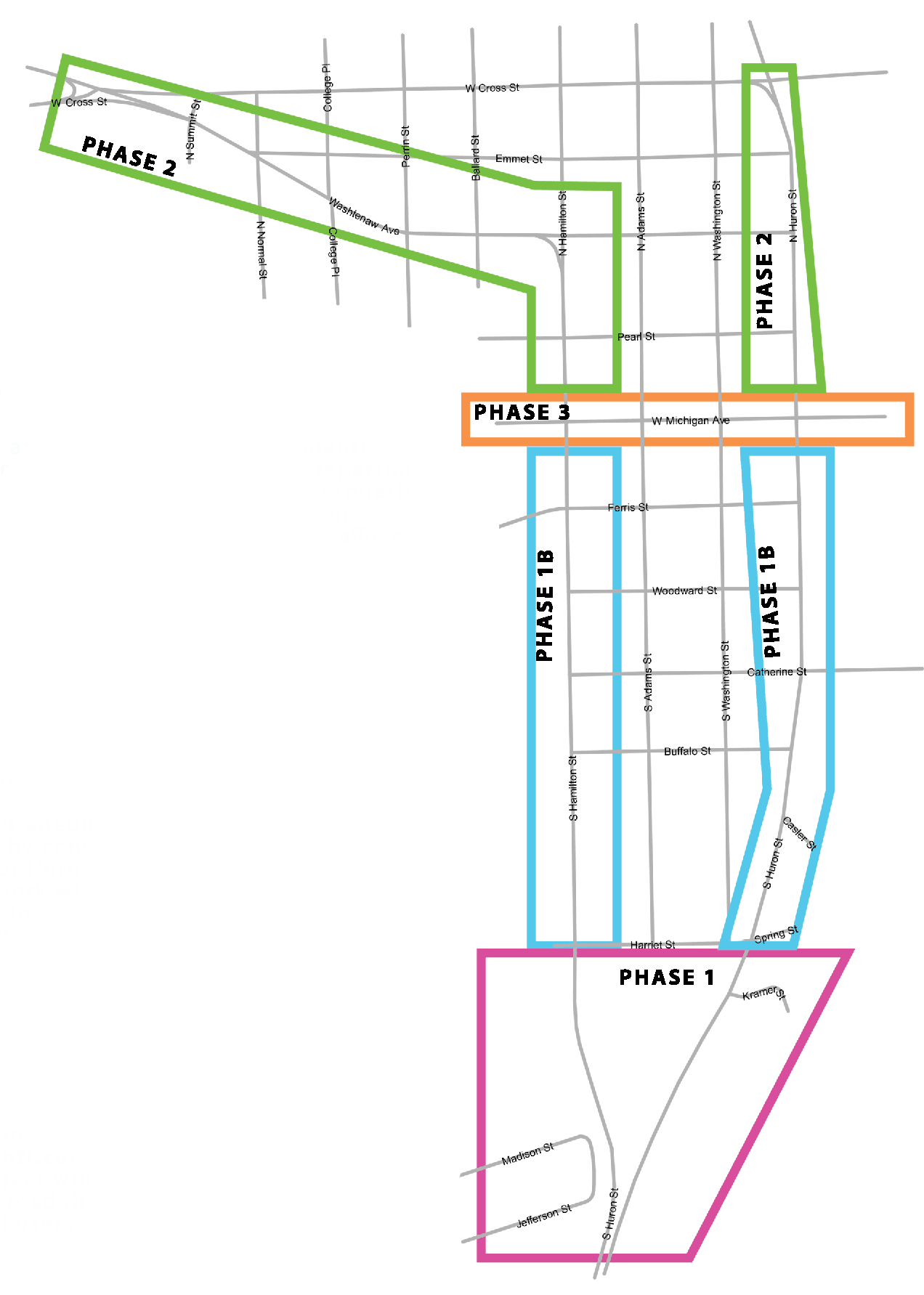